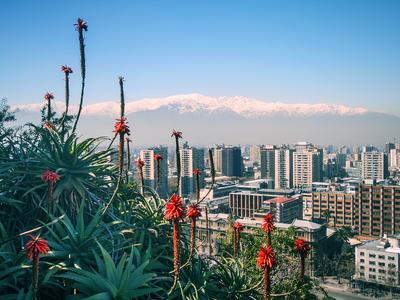 Minus: "The suitcase did not zrrive"

Plus: "Nothing"
Minus: "Crew wouldn't let me board because a ticket from Spain to France was not sufficient evidence I would leave Europe. So I bought one from Italy to Singapore and they didn't accept that either. I lost over 1,000 dollars."

Minus: "Between first flight from Venice to get the airplane to San Juan just 50 minutes. We were running to get a board"

Minus: "Bags did not make the flight. Served no water or drinks."

Plus: "The crew in my area were very helpful. The young guy next to me passed on the dinner choices. The crew member came back and asked if he would like some pretzels, etc. which I thought was very nice. They were very friendly."
Minus: "Just a suggestion that the ear jacks for the entertainment be passed out earlier. Luckily I brought my own but my neighbors on both sides had a long wait until they were passed out."

Plus: "The facilitie to board"
Minus: "They no have entertainment"

Minus: "The crew was very unpleasant . I boarded the plane - was not even greeted. This was not like business class at all . I felt like I just wasted money and did not get even close the service I expected. Flight attendants were ignoring my requests - no blankets no cocktails ... very bad ."

Plus: "Gate was extremely crowed and disorganized. Non-European citizens must present passport. That requirement should be clearly stated."
Minus: "Travel notifications should mention documentation requirements."

Minus: "The attention to the passengers by the flight attendants. This applies only to one attendant that was not very helpful"

Minus: "Missed connection and this delayed by 20 hours to final destination."

Plus: "Don’t feel fully informed of what is going on. Had overhead bin opened and seat reclined during takeoff."

Plus: "The crew on board seemed efficient and friendl for this short 2.5 hour flight."
Minus: "No food, no drink, no entertainment were included with this fare. Thankfully we were so exhausted from the long haul flight immediate preceding this flight that we did not care. I'm not sure why but the gate staff was trying to get everyone to check their smaller bags including our backpacks. My husband gave in but I did not since not having them would be disaster during this trip. His backpack and many bags from other customers came about 15 minutes after the rest of the luggage so we were a little panicked. Thankfully all turned out fine."

Minus: "There is not enough space for my legs and specially when the passenger in front move the seat"

Plus: "Everything"
Minus: "Nothing"

Plus: "Liked that each seat had its own screen for viewing and the selection of movies."
Minus: "We specifically paid and picked seats in advance towards the front of the plane and when we checked in at the counter the day of they reassigned us to different seats that they choose at the back of the plane without giving us any type of explanation for doing so. What was the point then in charging us extra to pick our seats?! Also when the person in front of you reclines their seat back you are left with very little room."

Minus: "The seat very tight"

Plus: "The airplane was clean"
Minus: "I don’t like when airlines make you pay even for water......"

Minus: "Horrible flight; no complimentary soft drinks are served, not even better. The baggage did not arrive and Iberia does not even deliver the baggage, even though the fault was theirs. You have to go to the airport to recover the baggage. I would NOT RECOMMEND this airline to anyone. The plane was quite old and there are no screens on the seats. One of my worst experiences flying in the last 40 years."

Plus: "Airport was spacious and gate area/aircraft clean"
Minus: "Captain made. Or announcement other than twice very loudly to announce take off/landing to crew. Woke people up."

Minus: "My USB connector didn’t work"

Plus: "EVERYTHING AS PROMISED . ALL WENT THROUGH IN A SMOOTH AND TIMELY WAY"
Minus: "TRAVELING IN COACH ON A LONG HAUL FLIGHT IS A NECESSARY EVIL"

Plus: "Flight was safe, aircraft was clean and luckily with enough room under the seat to store carry on bag"
Minus: "The fact that all the passengers boarding in "group 3" were forced to check in their carry-on bags if they did not fit under the seat; and retrieve those at the baggage claim area (not right after exiting the airplane) In my case I was able to store my carryon under the seat in front of me after pleading to the crew and gate members to let me try because of my connecting flights. There is no complimentary food service, even water is charged."

Minus: "I requested a vegan meal weeks prior and the only meal without meat had a lot of dairy in it. Not enough water was offered as well. The flight was delayed boarding. The leg room is pitiful on the flight."

Plus: "The boarding process was excellent and efficient. I liked it."
Minus: "There was no free food and no entertainment. That was very disappointing."

Minus: "Tray table had mold growing on it. And Iberia airlines operated flight masked as British airways"

Plus: "Entertainment was great. Nice choice of movies, and boarding was easy."
Minus: "The space in the cabin left something to be desired compared to most transcontinental flights I've been on. Atmosphere was stuffy and hot."

Plus: "The food for sale was better than average"
Minus: "The seats are by far the most constricted I’ve ever been in"

Plus: "Entertainment was excellent. I appreciated the blanket, headphones, and pillow. One of the staff was very rude to the gentleman next to me because he asked for tea after she passed by with it the first time."

Minus: "The airline put me on standby for my connecting flight without telling me at anypoint until I was at the gate. I lost a day of vacation and instead had to wait in Madrid for 4hrs, fly to a neighboring city, and then take 2hr bus to my final destination."

Plus: "The crew was great and the flight was great also. As the plane wasn't full, I was able to move my seat and have two seats which was lovely. Thank you"
Minus: "It was freezing on the plane. I had a jacket on and socks and used two of the blankets and was still cold. I also had tried to contact Iberia to order a special meal, but was not able to get through on the line even though I tried for several days. I also was not able to figure out how to order a meal on-line. I was disappointed with the choices of movies."

Plus: "Food and movies were good."
Minus: "I was not allowed to check in online, so I had to go to the airport early to check in. Despite purchasing my flight months prior, and arriving at the airport with plenty of time to to check in, I was told that I was going to be bumped from my flight because it was overbooked, which would mean that I would miss my international connection. After waiting for everyone else to board on a tiny flight, there suddenly was a seat available and they let me board, but they managed to not put my bag on the flight, which means I have no luggage. Lastly, despite checking in more than 7 hours ahead of time for the international flight, I was given a middle seat and was told that I would have to pay $40 if I wanted to switch to an aisle/window. The middle seat was cramped and uncomfortable, particularly for 8 hours (after 7 hours of connections and waiting in airports). UGH."

Minus: "It was not British Airways, they put us on Iberia."

Minus: "There was very little leg room - far less than a standard flight. Granted, I'm tall but be warned if you are flying British Airlines and it really is Iberia"

Plus: "Everything was fine but the tight seat 12D from Madrid to T Avivsee"
Minus: "See above"

Plus: "Iberia"
Minus: "No help from kayak vayama to get additional baggage, seats"

Plus: "Good service. On-time"
Minus: "I got a seat automatically, and I can´t selected a preferred one."

Plus: "Plane and crew"
Minus: "Good flight"

Plus: "The flight overall was very comfortable and the crew were very accommodating and attentive."
Minus: "About halfway through the flight got diverted to drop off a critically ill passenger, so instead of it being an 11 hour flight, it was a 16.5 hour flight. Not anyone's fault, but still incredibly inconvenient."